Prepare Yourself For Office Warfare 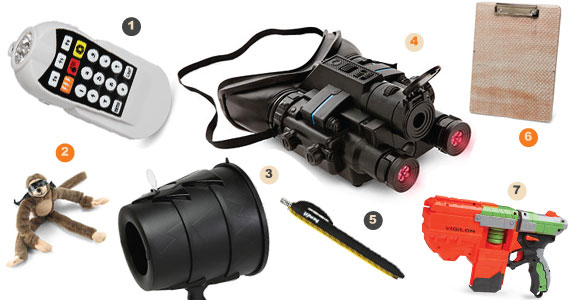 Fighting with your boss to add some fun to your 9-5?  Start a friendly office war with your buddies or enemies.  These ideas will get you started: 1. Ninja Remote Stealth Television Gadget and IR Jammer 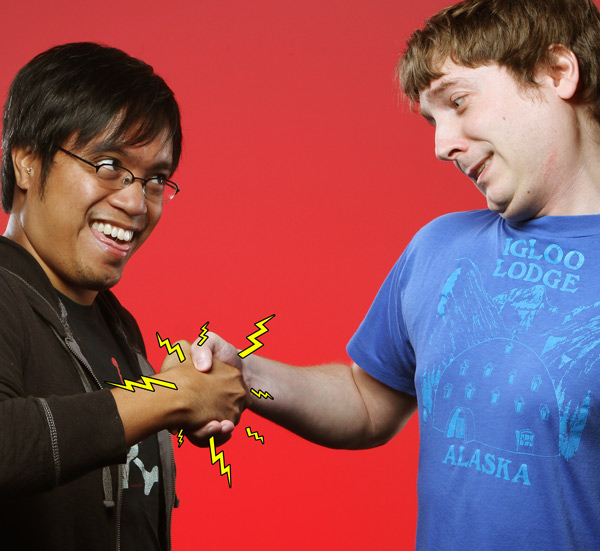 Do your meetings need more buzz and fewer buzzwords? Add a buzz to your handshake with this clever hidden device. Slide the Portable Hand Shock Prank

into your palm and put the ring around your finger. It’ll sit comfortably in your hand, hidden and ready to greet clients, coworkers, and the Bobs with a spine-tingling electric shock. 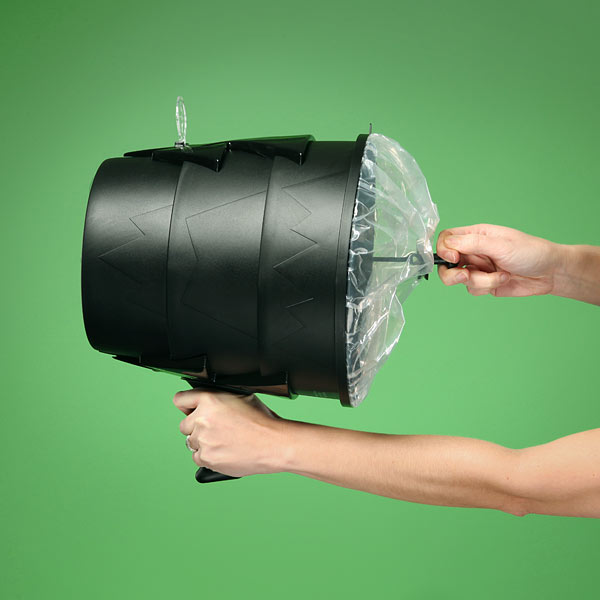 Airzooka Air Gun: launch a full air assault without ever leaving the ground! Airzooka is the ‘fun gun’ that blows a harmless ball of air towards any object, or person. The airball will travel up to twenty feet and beyond. Cackle with amusement as, seemingly from nowhere, you are able to mess up a person’s hair, ruffle their shirt, dress, or TPS reports from a distance, or just plain blow ’em away!. Requiring no batteries or electricity, AirZooka operates simply by pulling and releasing a built-in elastic air launcher. And here’s the best part: because it shoots air, you’ll never run out of ammo. 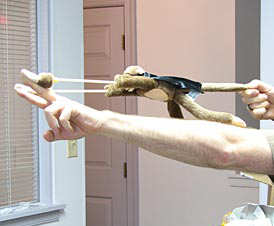 Screaming Monkey Slingshot: this monkey has a secret – there are pockets in the monkey’s hands. Slip your fingers in, pull back his hind legs, and his arms will stretch to a crazy length with the magic of rubber! You can just feel the potential energy coursing through the monkey’s imaginary veins. Let it fly and you will be treated to a wondrous sight. The monkey will scream with delight when jolted. So, if the launch is hard enough, you’ll get a scream of power in mid air; or if the landing is hard, you’ll get a scream of protest as gravity does its work. 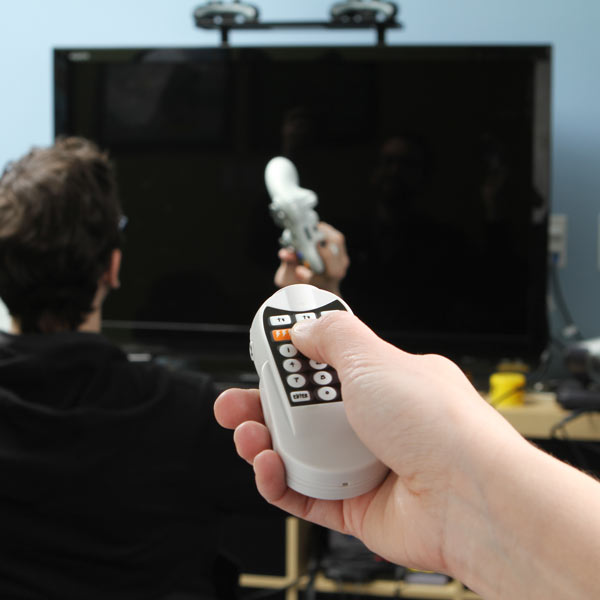 Stealth TV Remote & IR Jammer.  On. Off. Volume Up. Volume Down. Channel Up. Channel Down. What is wrong with the TV? Only you will know it’s the Ninja Remote! Annoy the crap out of friends and enemies by possessing their TV. Perfect for interrupting stupid sporting events, obnoxious video games, moronic sitcoms, idiotic talking heads, and poorly scripted movies! 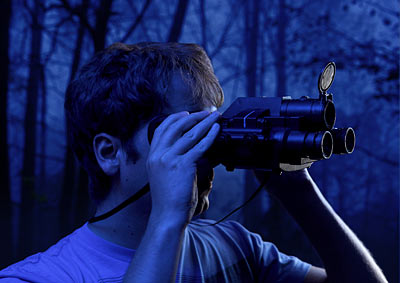 SpyNet Night Vision Binoculars Ok, so you might think these things are just toys, the type that say “night vision” but really just have a pop out flashlight. Nope. These are the real deal; true infrared night vision, for the price of a toy.  Now we can sneak around like the ninjas we know we are, in the dark, watching all – and you won’t be able to see us. Unless you’re a ninja too, and have some SpyNet Night Vision Binoculars of your own. 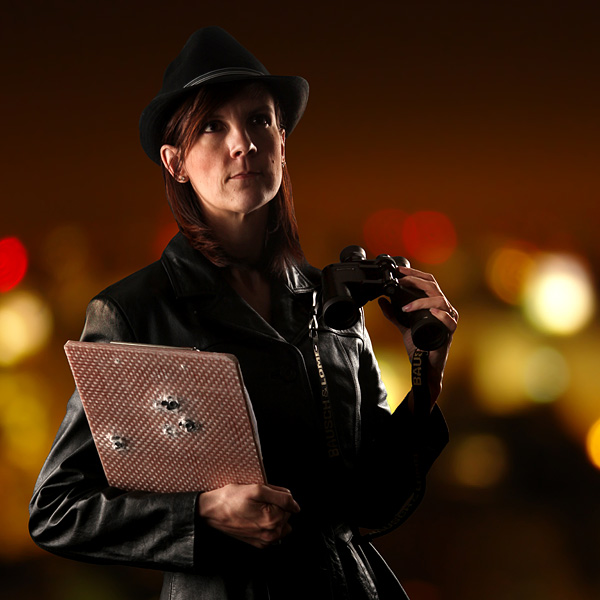 Bulletproof Body Armor Clipboard If Batman had a clipboard, it would be this one. If Superman was a clipboard, it would be this one. Why? Because this clipboard is bulletproof. Yeah, you read that right: bulletproof. It can hold paper AND stop a 9mm bullet in its tracks. Each Bulletproof Body Armor Clipboard is a section of Level II body armor, with a clip attached to hold the paper. Level II body armor is tough enough to stop the penetration of 9mm bullets.  You’ll need something to defend yourself during your office warfare. 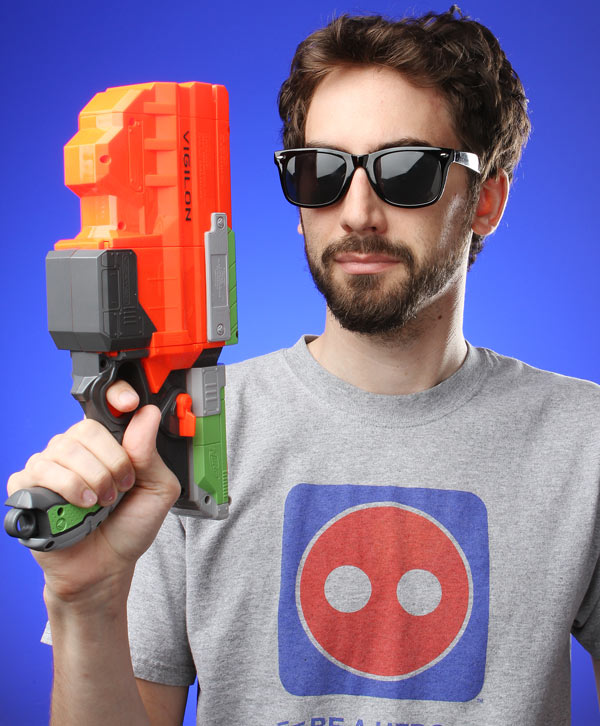 Well, dear office warriors, the next step in NERF evolution is here. Presenting, the NERF Vortex Disc Blaster.  Each NERF Vortex Disc Blaster is ready for action right out of the box. Just flick the switch to open the side loading magazine, load up the 5 discs, close the magazine . . . then lock and load.  It will be the core of your arsenal, and your blaster of choice for firing discs at your enemies This Blaster will fire the discs over 40 feet.

We Introduce You To: Supersonic Jellybeanz