Gifts For The Zombie Hunter 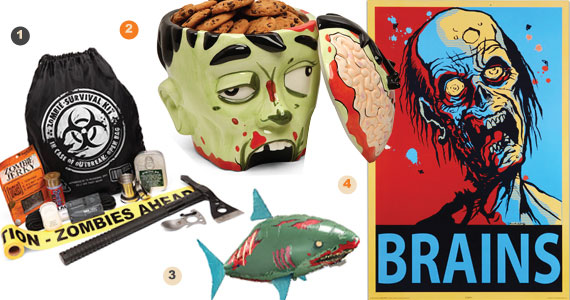 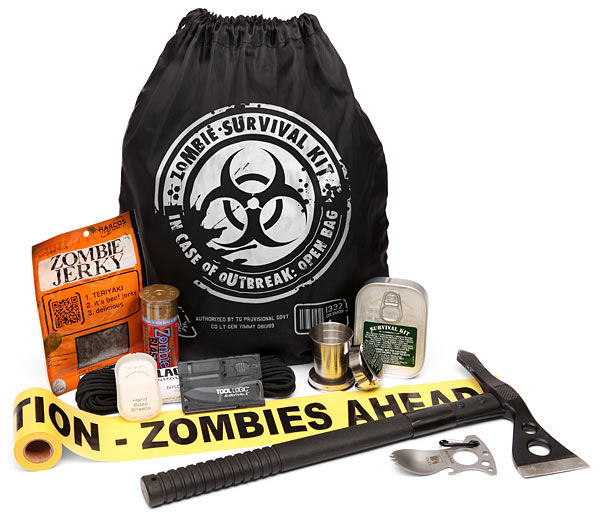 Zombie Survival Kit.  The last thing you want to do when the apocalypse hits is be delayed by something you could have prepped for. Because while you’re prepping, other people are raiding the gun stores, hitting the highway, finding friends who will have their back, all of which is going to be really important, and all of which is going to suck if you’re not one of the first people doing it.  Get a leg-up on the competition with all sorts of useful gear already in a bag for easy carrying. 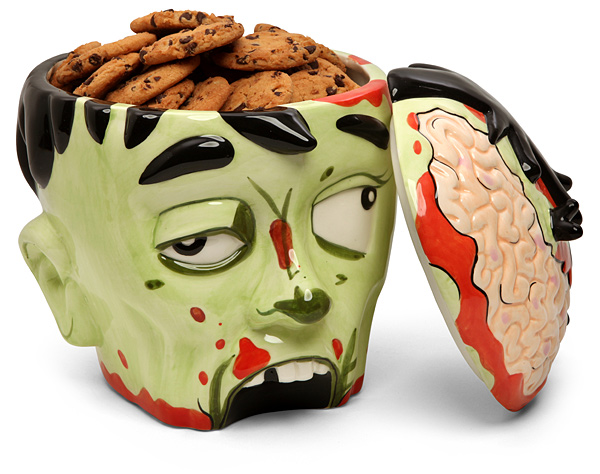 Zombie Head Cookie Jar. Do you think that if zombies had enough presence of mind to cook, that they’d bake things out of brains? We can imagine there being zombie bakeries, where they whip up brain-shaped cupcakes with frosting made from blended parietal lobe.  And of course, there’d have to be chocolate chip cookies with chunks of medulla oblongata. OMG, delish. 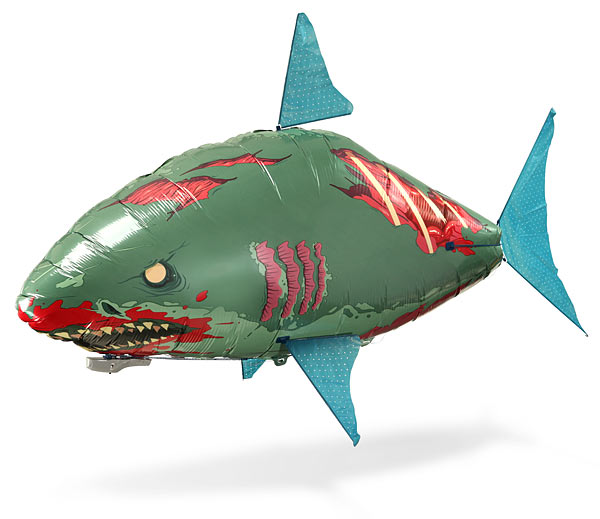 Zombie Shark Air Swimmer R/C. What’s scarier than a bloodthirsty shark? A bloodthirsty, brain-hungry ZOMBIE SHARK, that’s what! Best of all, this particular Zombie Shark flies through the air, putting him in prime range to chomp off the heads of unsuspecting humans. The Zombie Shark also doesn’t moan and groan like a human zombie, so it’s harder to hear him coming. We’re crossing our fingers that whatever zombie virus happens doesn’t make zombie sharks that also fly. 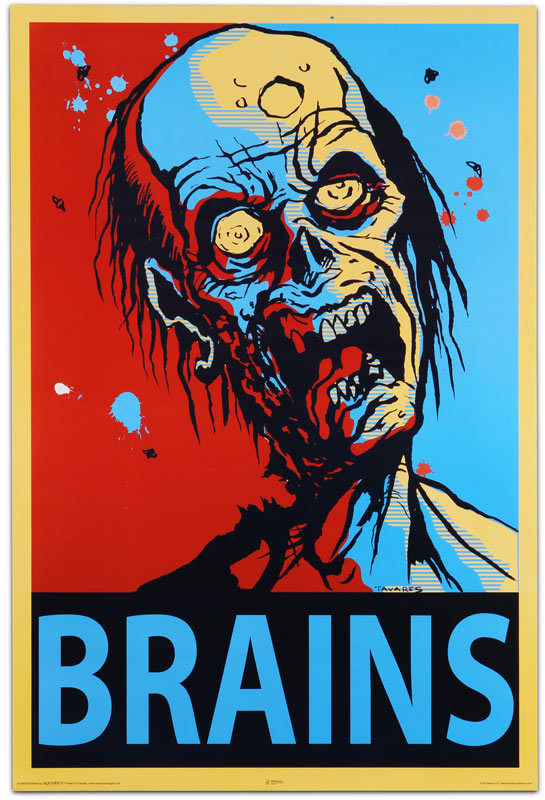 Zombie “Brains” Wall Poster.  Support the Zombie Civil Liberties Union by hanging this poster on your wall. Take a stand for the deliciousness of brains! Show that you don’t want to outsource our ravenous eternal hunger for cranium-meat! Let’s have four years of a zombie apocalypse! 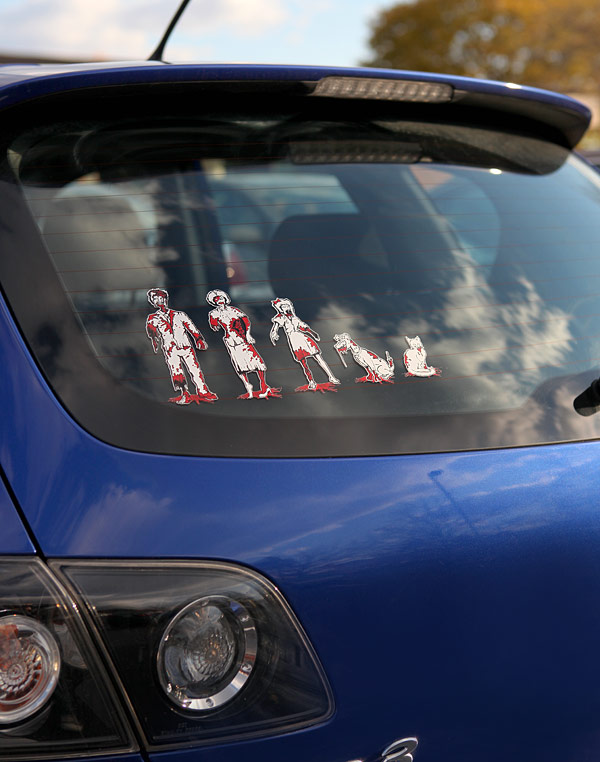 Zombie Family Car Decals In the zombie apocalypse, family means everything. It’s not limited to blood relations, either. If you’re trusting someone to watch your back and keep the walkers from eating you, they’re family. If someone trusts you to double-tap (Zombieland reference: CHECK!) them after they’ve been bitten, they’re family. 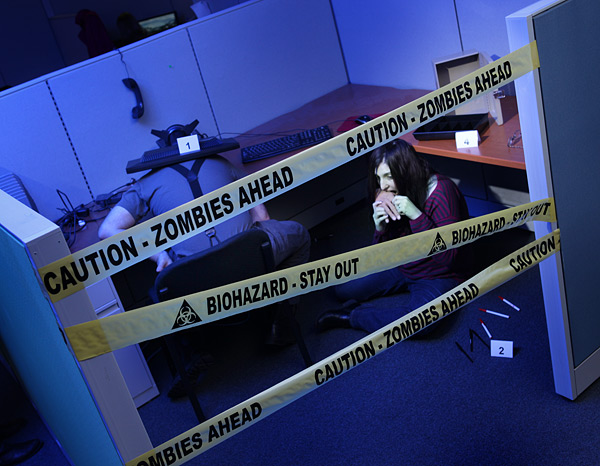 Biohazard and Zombie Crime Scene Tape comes in two flavors: “Biohazard – Keep Out” and “Caution – Zombies Ahead.” Use whichever one is most applicable, or both (if the situation is that extreme). All tape looks just like real crime scene tape – yellow plastic with thick black letters. And you don’t need to just use your Biohazard and Zombie Crime Scene Tape for real warnings; you can also put them up around your home or office for loads of hilarity. 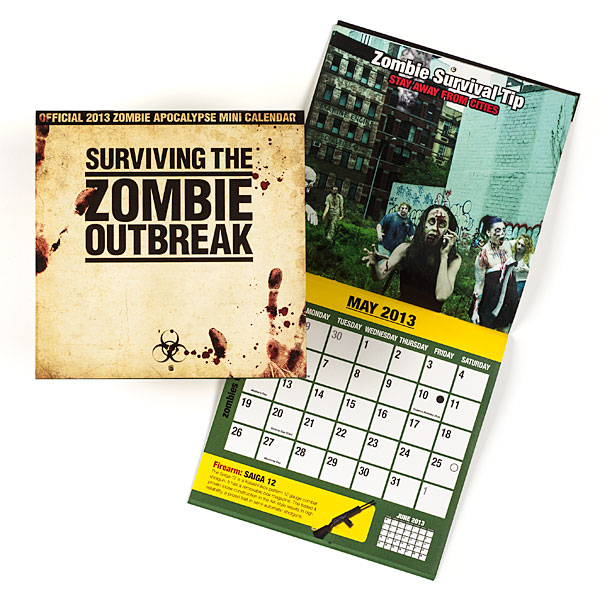 Surviving The Zombie Outbreak Mini Calendar.  With this calendar, every day is Zombie Preparedness Day. And it helps remind you to celebrate any day when the maws of the eternally hungry are not at your doorstep! This monthly mini-calendar is filled with images of the ravenous horde paired with survival tips, information on anti-zombie weapons, and all sorts of things that will help when the End Times come. A must-have for apocalypse geeks and everyone who doesn’t want to be a snack. 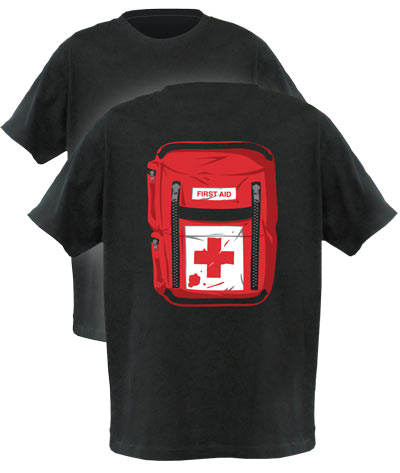 Left 4 Dead Zombie Survival Medkit.  This is the perfect sneaky casual shirt. Wear it under your jacket to work. Nobody knows you secretly have a gaming-themed t-shirt masquerading as your business-appropriate attire. 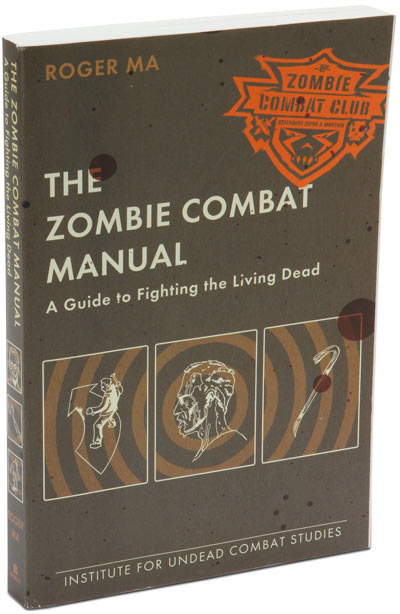 The Zombie Combat Manual is a comprehensive guide that demonstrates how anyone, from seasoned fighter to average citizen, can become an effective warrior in the battle against the undead. With detailed illustrations and firsthand accounts from zombie combat veterans, The Zombie Combat Manual provides all the information you need to emerge victoriously from a close combat encounter with a walking corpse. Now is the time to learn how to survive a hand-to-hand battle against the advancing army of the undead – before it is too late. 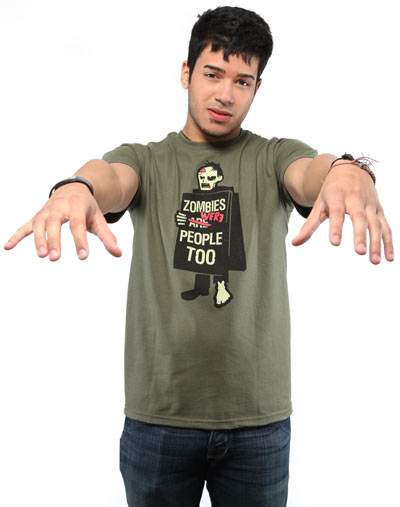